Have you ever heard someone say “Ya, easy for you!” or “Wow, that would have taken me an hour or two”…When you sit back and think, what is “it” that makes “it” so easy for you and how did this come to be? Usually this isn’t a common task everyone does and maybe you do often, other times it’s things that just seem to interest you.It isn’t just one thing that makes it effortless for us, but multiple experiences and opportunities which allow for the expertise.

Today I had a situation where a friend asked me if I could “photoshop” something for him. It seemed simple enough and in my mind it shouldn’t take more than a couple minutes. Then again, underestimating how much time something is going to take is a true gift I have. It was an image of a couple sitting at a table in an outdoor restaurant; there were people in the background, the colors were off and they were way too far from one another. Then again, I wasn’t here to judge the photograph.

I was here to “photoshop” something.

They wanted to use this image for their formal rehearsal dinner, but there was an annoying waitress not even paying attention to their jubilant lives right smack in the middle of the image. She even had her eyes closed. The worst part of all was that she was against the only brick wall in the whole place apparently because everything else in the image is nice and grey.

I had NO idea I was going to actually be doing the edit to this image myself so I started by showing my coworker how I could just copy the good brick over a couple times, create and fix imperfections that were already there to create natural looking brick, and how I would like to make the whole area next to the wall a consistent grey, and how they should be closer together and the window in the back should be removed and….

Before I knew it my coworker confessed he had no idea about photoshop and asked me if I could possibly do him this favor.

I would only normally do this type of work on an image that was the pick of picks and needed some of this work done because it was going to be printed or ran for advertising, even then I would attempt to convince the customer to choose a different image. But in this case because I was already 28% done, I decided to go ahead with the edit.

20 Minutes later I had removed the girl, people, and corrected the reflections in the glass.

2001, I installed photoshop on my computer. I was in high school; that was 14 years ago. I have been using photoshop longer than I have been driving, working day to day, or even living on my own!?! No wonder I feel like it isn’t a big deal. It is the norm for me. All the schooling, all of the hours, slaving on photoshop with the eraser tool… all added up to this: A moment when all your skills come to play and the stage is ready; It isn’t because it’s just “easy for me.”

Sure it could be better and there are a lot of things I could have done that I didn’t, but then again “I wasn’t paid to do this.” 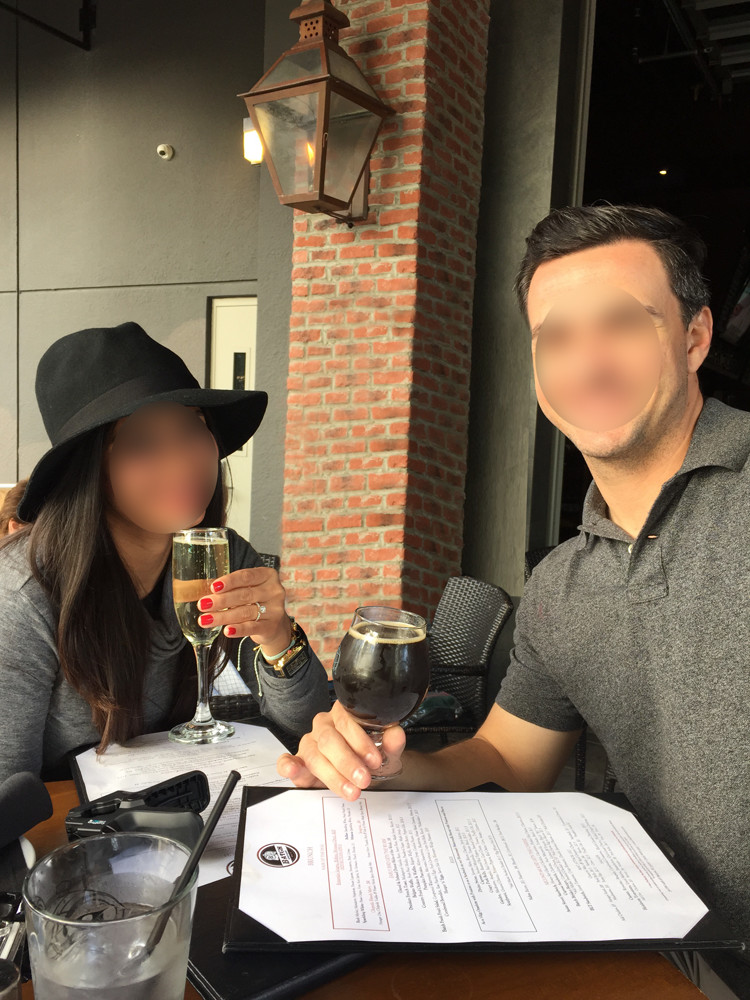